Hunt the Hare is a modern Celtic group on a musical adventure and they would like to invite you along for the ride. Like the story told in The Rocky Road to Dublin, the song from which the band takes its name, it promises to be a moving and melodic journey.

Jonathan Berlingeri, Frank Callaghan, Kane Miller, and Brendan Quigley each bring different life experiences to the group, and they have come together to share their musical gifts in a high energy Celtic quartet that will keep your toes tapping all night.

With a variety of instruments including fiddle, bagpipes, guitar, and percussion, they play traditional Irish tunes, and a few modern hits, creating a contagious mix of music.  From the first note to the last chord, Hunt the Hare creates a joyful noise that you don’t want to miss.

Brendan Quigley is Hunt the Hare’s gifted guitarist.  He grew up in a musical family, surround by East Coast fiddle music.  Attending events like the Goderich Celtic Roots Festival and Leahy Music Camp have helped to shape his musical style.  Like his mentor, Andy Webster, he plays in DADGAD tuning.  Brendan’s strum is a driving force behind Hunt the Hare’s signature sound.

Frank Callaghan is the peppy percussionist and lead vocalist for Hunt the Hare.  He grew up in a musical family and starting playing guitar and singing at a young age.  He has a passion for well-crafted songs and is well versed in Stan Rogers’s masterpieces.  Frank’s energy is the foundation of Hunt the Hare’s style.

Jonathan Berlingeri is the best bagpiper in the band – you can ask Kane who is a close second.  He also plays the mandolin, whistles, and is sometimes allowed to sing.  He grew up playing the bagpipes in the Legion 87 Pipe Band and is proud to pipe at Remembrance Day services to this day. 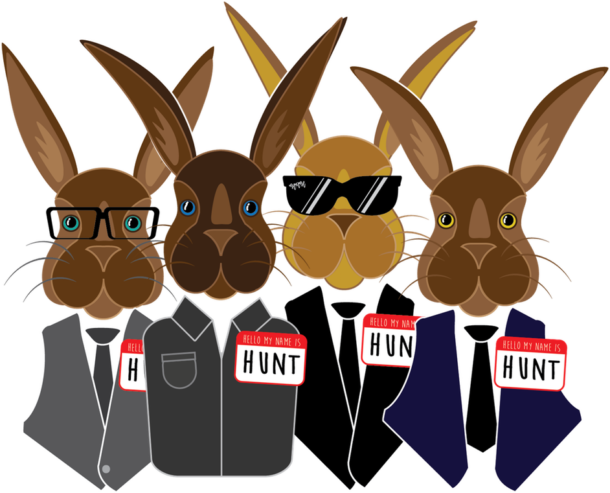 Get notified about our Live Shows!

We'll let you know where and when we're playing and keep you informed about any super exciting things we decided to do.

You have Successfully Subscribed!